Buying a franchise is an experience like no other. The range of emotions you’ll experience during the purchasing process will be off the charts.

For example, one day you’ll wake up feeling like you’re on top of the world-and nothing can stop you!

In contrast, there will be days you’re drowning in fear. And that’s what this post is about.

The fears I’m going to share with you are real fears. And no one’s immune to them. No one.

As a matter of fact, you may be surprised to learn that even high net-worth individuals get fearful when they’re about to do something big- like buying a franchise business.

Check out the fears you’re going to feel when you buy a franchise.

1. The fear of losing all your money.

I was taught a long time ago that if you’re not afraid of losing your money in a venture, you’re probably not taking it very seriously. Make sense?

But there are several things you can do to reduce the chances of it happening. This how-to article points them out.

Being employed certainly has it benefits. (Including benefits!)

It’s also-for the most part, predictable.

For example, you know that some type of health care plan is usually offered-and partly paid for by your employer.

In addition, you know how much you’re going to get paid, and when. (Unless you’re in sales, in which case your income may not be as predictable.)

Furthermore, things like taking a vacation, and having long weekends off during the summer holidays are almost always part of the package, too.

Combined, the things I mentioned do bring a sense of comfort and safety. When you have a job-when you are an employee, there are certain things you get.

But when you’re the boss-when you’re suddenly self-employed and you become the employer- those things go right out the window.

Sure, you’ll find a way to:

But as I said, you’re going to be an employer. It’s way different. But I know you can do it.

3. The fear of disappointing your loved ones

This one usually starts early in the franchise purchasing process and continues until you get to decision day.

I’m referring to the self-doubt that you’ll undoubtedly experience as you find franchise opportunities you’re interested in, and start doing your research. For example:

It’s a real fear, and as I said, it’s a fear that will follow you around during the entire franchise purchasing (or not purchasing) process.

Tip: Get your spouse-partner-whoever involved early in the process. Encourage her to participate in calls to and from franchise headquarters. It will help her feel like she’s a part of what you’re trying to do. She’ll feel like she’s a member of the team.

4. The fear of choosing the wrong franchise.

You may have a very real fear that you’ll choose the wrong franchise to buy-or that you just did. Not fun.

So, how will you know if you’ve found the right one?

If you read the how-to article I linked to earlier, you know that buying a franchise is a step-by-step process.

Each step, if done right, will get you closer to finding the right franchise.

But in the end, assuming the data you collected looks good, the franchise opportunity you’re thinking of buying really needs to feel right.

5. The fear of not being able to handle business ownership.

This fear is filed under, “I’m not going to know until I do it.” And you won’t know.

Now, if you’re coming from a management background, you have a good head start. You already know a lot of the things you’ll need to do as an owner.

But if you’ve never managed people-or things, franchise business ownership will have its challenges…especially early on. But I have good news.

For the most part, a franchise business includes almost everything you need to operate your business. It’s all in the operating manual. Plus, you’ll attend formal training and have access to support personnel after you open.

Finally, if the executives at franchise headquarters don’t feel you could own and operate a franchise business successfully, they aren’t going to award you a franchise.

If that happens-if they don’t award you a franchise, then don’t worry.

Because you’ll have nothing to fear.

(The Franchise King®, Joel Libava, is the author of Become a Franchise Owner! (Wiley Publishing) He’s a sought-after franchise expert who’s known for his straightforward advice. His 1-on-1 franchise ownership consultations come with a money-back guarantee.) 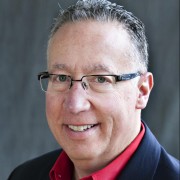 The Franchise King®, Joel Libava, is the author of "Become a Franchise Owner!" He’s a sought-after franchise expert who’s known for his straightforward advice. His 1-on-1 franchise ownership consultations come with a money-back guarantee.

How Visuals Can Help You Win More Clients

How Small Businesses Can Survive the COVID-19 Recession

Get a 1-Month Free Trial