She was the worst. Clocked.

So, it should be no surprise that I longed to leave her employ and was actually relieved, albeit shocked, when, in a perfectly Dikensian move, she fired me on Christmas Eve, knowing full well that I had a pregnant wife and toddler at home. Yes, I had to work the day before Christmas, and yes, she let me go because I “didn’t write well enough.” I knew that was BS then, and now, 17 books later, we can definitely say that I have gotten the last laugh, but as I said, she was certified (or certifiable?) the worst of bosses.

Instead of looking for another bad, exhausting, stressful law job, I decided to live the dream and start my own business, a law firm. And so I did.

The problem, right from the start was, of course, how to get clients? The problem I had then was a problem many businesses still have today, and maybe one you have too, namely, how do you

One of my blessings was that I had grown up in a small business family. My dad and his partner had taken a single carpet store and turned it into the largest chain in California at that time, so the idea of being an entrepreneur, taking a risk, and trying out different marketing ideas was in my DNA.

And try out different marketing ideas I did.

Not to date myself too much, but I started out by advertising in the Yellow Pages. Yes, I got some calls, but it was expensive and man was it crowed with, frankly, better lawyers than I. I tried putting ads in the local paper, but, problematically, I was just as likely to get lost at the back of the paper than show up in the front; one generated calls, one was a waste of precious startup capital. I tried networking. Nada.

And then I stumbled upon it. The lesson that skyrocketed my business and can do the same for yours.

I noticed that wills and trusts lawyers would put on public “informational” seminars, but no one did this for bankruptcy. And given that bankruptcy was one thing I actually had done quite a bit of at the firm, I thought, “why not”?

So I took a risk, rented a conference room at the Holiday Inn, created some radio and Internet ads (this being the nascent days of the Web), and crossed my fingers.

The day of seminars was a smashing success. Well over 100 people came through the doors that day, and what we now call my “conversion rate,” was well over 50%. For the next five years, every few months, the only marketing I did was those seminars and I had more business than I knew what to do with.

The seminars worked beyond all expectations for three reasons.

First, it played to my strength. I am a good public speaker. People listened to me, liked me, trusted me, and hired me.

Second, the ads gave me an X Factor – something different, unique, special. A brand that people could remember. I became the “bankruptcy guy.”

Lastly, and most importantly, the seminars were different too. No one was doing what I was doing, reaching people in the way that I was reaching them. And in a crowded marketplace, that was huge.

That is the real moral of the story. If you want to grow your business, you have to market it, but in a way that slightly tweaks convention, that is a little different. That is how you get heard above the din, especially today. That is what works. 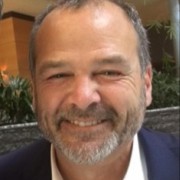 Steve Strauss is the senior small business columnist at USA TODAY, the Editor-in-Chief here at Small Business Connection, a speaker and spokesperson. He can be reached at MrAllBiz.com.

How to Use Social Media to Reach Business Goals

Infographic: 7 Ways to Make Your Mark With Personal Branding

How to Grow Your Business With Email Marketing