How Wolfgang Puck Uses Technology To Grow His Catering Business

One of the most storied names in the restaurant business is Wolfgang Puck. The celebrated chef and restaurateur is known worldwide for his flagship restaurant Spago, for acclaimed restaurants at some of the toniest resorts and business centers in the US, and for his ubiquitous television appearances.

His drive for innovation propelled Puck to the top of the restaurant industry and has kept him there for more than 30 years. Sometimes his innovations result in an inspired combination of cuisines, such as haute cuisine pizzas topped with smoked salmon and caviar, which helped put Spago on the map. Sometimes, Puck uses state-of-the-art food technologies to put flavors where you least expect them, such as a glass of clear, pure water that tastes like freshly brewed coffee.

More than menus
And Puck’s innovative use of technology serves more than his menus. One of the burgeoning aspects of the Puck empire is Wolfgang Puck Catering, where how Puck serves his clients is just as important as what he serves them.

Puck and his team recently won one of the Hollywood movie studios as a catering client. The studio wanted Puck’s catering operation at its headquarters to accept the building access cards that its employees already had (rather than require a separate ID card), and it wanted the point-of-sale devices to be smaller, lighter, and more stylish than typical POS terminals. Meanwhile, Puck wanted near-real-time reports on utilization of the catering facility, available even when its executives weren’t onsite. And, oh yes, it needed the system up and running in four weeks to meet its client’s deadline, and it needed the price to come in at far less than a typical POS system would cost.

Rejecting a traditional POS
To whip up the perfect solution, Puck turned to UGM Enterprises Inc. Based on the client’s requirements, the technology provider rejected traditional POS solutions for one that blends Microsoft cloud technologies on the back end with the Microsoft Surface Pro 3 as the POS device. Among those cloud technologies: Microsoft Office 365, Microsoft Azure, and a custom app created by UGM. Together these technologies yielded an ideal combination of form and function to meet the needs of both Puck and its movie studio client

“Our client loves the ease of use for its operators,” says Meghan Genevie, Regional Director of Operations for Wolfgang Puck Catering. “The Surface Pro looks great, and the operators can pick it up and move through the dining room with it—they’re not locked to a spot.”

Costs down, client happy
Equally important—to both Puck and the studio—is the solution’s reporting capabilities. For Genevie, timely data on dining trends means more accurate forecasting—so Puck can keep costs down and its client happy. And Genevie can access reports, and make administrative changes to the system, from anywhere. The client, meanwhile, uses the reports to make decisions that make the dining facility more popular—because the more that employees stay onsite for their meals, the more quickly they can be productive back in their offices.

“UGM cooked up a Microsoft solution that gives us the features of a high-priced system without the high price,” says Genevie. “It makes it easier for us to focus on delighting the customer.” 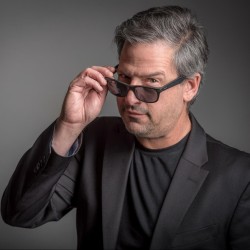 A Few Easy Ways To Keep Your News Year’s Resolutions